The US presidential election is held every four years and is watched very closely by people around the world. Most are familiar with the presidential election, and there is generally a higher voter turnout when voting for the president of the United States. However, many people do not realize that there are a number of very, very important elections that take place right in the middle of the president’s term. This is where we come up with the term “Midterm Election.” For example, there are governor’s races, House and Senate races and also many important local races that may be taking place. Local races might include those running for mayor, city council, county commissioner and the local school board. In the upcoming midterm election, voter turnout and who gets elected to office can either greatly strengthen or greatly reduce the president’s power.

It has been a historic struggle to get American citizens to exercise their voting rights and even more of a struggle to get people to participate in midterm elections. Furthermore, some US citizens only recently won the right to have their votes counted (Women and African Americans). Understanding the importance of voting in local, midterm and presidential elections is important for creating an informed citizenry in a democracy. It is important that social studies teachers help students understand the importance of the democratic process and the great role they can play in shaping the future.

Objective: Students will analyze the 15th and 18th amendments in order to understand the importance of voting in local, midterm and presidential elections.

Standards:
National Council for the Social Studies (NCSS)- Standard 6
Power, Authority and Governance: Social studies programs should include experiences that provide for the study of how people create, interact with, and change structures of power, authority, and governance.”

High School Social Studies Standard:
American Government Syllabus
How the American people govern themselves at national, state and local levels of government is the basis for this course. Students can impact issues addressed by local governments through service learning and senior projects.

Fifteenth Amendment:
The Fifteenth Amendment (Amendment XV) to the United States Constitution prohibits the federal government and each state from denying a citizen the right to vote based on that citizen’s “race, color, or previous condition of servitude”.

Eighteenth Amendment
The right of citizens of the United States to vote shall not be denied or abridged by the United States or by any State on account of sex. Congress shall have power to enforce this article by appropriate legislation.

ASSESSMENT ONE:
Response to Voting Amendments
Students can respond to the following prompts about each of the above amendments:

Class Discussion:
After students have been given adequate time to respond to the prompts, students can discuss their responses on multiple levels.

Articles on the importance of upcoming 2018 midterm election:

Let’s Learn about Juneteenth: Resources For an Important US National Holiday 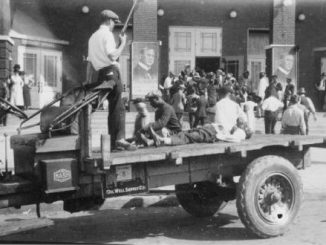 Hidden Historic Tragedy: Reviewing the Massacre in Tulsa (Circa 1921). 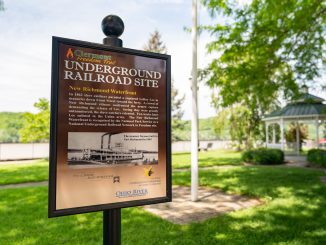