Introduction: My Story
When my family moved from an inner city predominantly Black neighborhood to a working class White neighborhood I had to also switch schools. Of course the schools my siblings and I attended reflected the neighborhood. In short, we were now one of the few Black children in an all White school, with all of the racist trappings that went along with such a scenario in the 1980’s and 1990’s. When I got to the high school in our new district, it was assumed by my white teachers, administrators and counselors that I did not plan to go to college. Without even asking or testing me I was promptly placed into remedial courses on a non-college track. Fortunately, I was the type of ninth grader that was fully aware of what was going on and successfully fought to be placed into college prep courses. But imagine the effect those decisions would have had on my life had I not been bold enough to challenge those poor choices or if I had not understood what was going on at fourteen years old. Unfortunately, some of my friends and family members that attended that school district did not understand what was going on when they were placed in “those classes.” And the poor race based decisions that were made by school officials did impact their lives for many years to come. This was one of the first times I remember being cognizant of the impact of systemic racism, although at that time I did not have the language to describe the phenomenon.

I felt compelled to begin with my story because an important component of critical race theory (CRT) lies in the power of storytelling. Indeed, CRT scholars highlight the incredible power and significant component of one sharing their story. In the case of CRT, stories shed light on institutional and structural racism embedded in society, much like my example. Much like my story.

What’s All the Fuss?
The debate centered around racial justice and diversity and inclusion in the United States of America has reached a crescendo. It has triggered the common use of hot button concepts such as white privilege, microagressions and the dreaded critical race theory (CRT). These are terms that I had once only heard in graduate school, or at academic conferences or read in scholarly journals. So imagine my surprise when I heard it mentioned by our former president during some of his remarks. Several states have banned the teaching of critical race theory in public schools and news personalities have been lamenting the evils of the theoretical framework. Indeed, many politicians, school administrators and outraged parents are up in arms about the dangers of CRT. 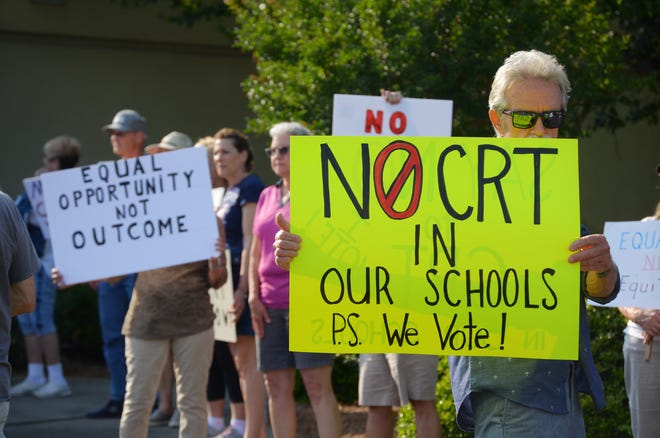 Protestors in Ohio- From the Columbus Dispatch

I Have Never Seen Critical Race Theory (CRT) Taught in K-12 Classrooms
Part of my responsibility as a social studies professor in a mid-sized college in Kentucky is to prepare pre-service teachers to manage their own classrooms successfully. I am a teacher educator. In other words, I train education majors at the elementary, middle and secondary levels. This means that I interact with and teach pre-service and in-service teachers, as well as school administrators on a regular basis. Before I was a professor I spent a number of years teaching in public and private schools at the K-12 level. And in all of my days I have never seen a teacher integrate critical race theory into their lesson. In fact, I have never seen it being implemented in any of my undergraduate classrooms. I know full well there are brilliant classroom teachers out there integrating critical race theory (CRT) into their classrooms, but what I am saying is, it is not as widespread as many politicians, school superintendents and media personalities might think. If there are educators reading this article that are integrating CRT in their classrooms in some way please reach out to me. Although, it may have to be in secret code, because it is now illegal in many states.

It Would Be Difficult to Integrate CRT in a Meaningful Way
Again, I am not saying that it is not taught at all, but as a CRT scholar myself, it would be difficult to teach, especially at the elementary and middle grades level. Why? Because CRT is an academically dense theory that requires some dedicated and disciplined study in order to fully grasp the concept. This is the case for any discipline or field of study; it requires time and diligent research. One cannot master the piano, classical music, dance, painting or drawing, being a teacher, nursing, computer animation, quantum physics, astronomy or even practical trades such as carpentry, drywall, plumbing, culinary arts or automechanics without doing some intensive study. The same goes for the study of any philosophical or theoretical framework such as existentialism, Howard Thurman or James Cone’s work, or W.E.B. Dubois’ notion of double consciousness. It would equally require dedicated study to master postructuralism, constructivism, critical pedagogy, prophetic pragmatism or the namesake of this article, critical race theory; especially to the extent that one would need to understand it to teach it to youth. More and more teachers that have done graduate work have studied CRT in their masters or doctoral program, but from my experience, even that is rare. So I have not seen it all in K-12 classrooms. Am I saying teachers should not incorporate the theory? No. In fact, I think it could completely transform classrooms. But what I am saying is that I think many people in the public sphere have misunderstood it and equate it with marxism, culturally relevant pedagogy, multicultural education, anti-racist discourse or the 1619 Project and have missed the mark altogether.

CRT in the Current Public Debates about Race
The debate going on in the public sector surrounding critical race theory is heating up. The theory that was once only discussed in universities, academic circles and the ivory tower is now casually bandied around as if it is a part of state or national educational standards. The former president Trump and other politicians use the word as a sort of boogeyman to berate all that is wrong with diversity and inclusion programs. The problem is, not many people even fully understand what all the theory entails. It seems to be a word that encompasses everything about diversity and inclusion programs that some people despise. I think it would be helpful to take a little time to discuss the tenets of critical race theory. 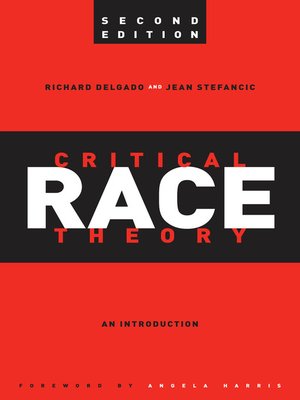 What is CRT in a Nutshell? I Am Glad You Asked.
Critical race theory is nothing new, even though it is being proposed as such. The academic discipline has been around for more than 40 years. CRT emerged from legal studies in the 1970s and 80s. Some of the early founding theorists included legal scholars Derrick Bell, Kimberlé Crenshaw, and Richard Delgado. In fact, one should read their work for a more in-depth study of critical race theory.

A key idea of CRT is that racism is a social construct. In other words, race is not based on any biological differences. But even though it is merely a social construct, racism still has had a devistating effect on society. Another important idea of CRT is that race is not simply the product of the individual prejudice or bias that one has, but it is deeply embedded in US legal systems and policies (Sawchuk, 2021).

Many of the same issues addressed by traditional civil rights activists and ethnic studies discourses are addressed within the CRT framework. But where the theory differs is that it examines the issues from a more broad perspective. That broader perspective includes looking at institutions and systems, socio-economics, the socio-historical context of race, examining group- and self-interests, and looking at unconscious bias. Delgado and Stefancic in their book Critical Race Theory: An Introduction, point out that “unlike traditional civil rights, which embraces incrementalism and step-by-step progress, critical race theory questions the very foundations of the liberal order, including equality theory, legal reasoning, enlightenment rationalism, and neutral principles of constitutional law (p.3).” CRT scholars look at the impact of systemic racism on society. In a May 18, 2021 Edweek article entitled What is Critical Race Theory? And Why is It Under Attack? Stephen Sawchuk gives a good example of the impact of systemic racism. He states that “in the 1930s government officials literally drew lines around areas deemed poor financial risks, often explicitly due to the racial composition of inhabitants. Banks subsequently refused to offer mortgages to Black people in those areas.” These policies affected generations of black families, for years to come, and in many ways can be directly tied to widespread poverty in black communities today.

Conclusion
In short, critical race theory is not a general term that is a catch all for all things diversity. It is not an umbrella phrase or theory that encompasses white privilege discussions, the 1619 project, multicultural education or diversity and inclusion studies. It is a very specific theoretical framework that allows one to take a unique look at our society from a socio-historical perspective, and quite frankly can be very useful in k-12 classrooms when fully understood and studied adequately. In fact, I would love to collaborate with teachers that want to integrate the theory into their curriculum. But until that time, here are some teaching resources that can help teachers get started in effectively integrating critical race theory into their classrooms.

References and Further Reading
What Is Critical Race Theory, and Why Is It Under Attack?
Critical Race Theory: An Introduction By Richard Delgado and Jean Stefancic
Critical race theory in the classroom: Understanding the debate
‘Children deserve to be taught’: Teachers in 22 cities are planning protests over laws restricting racism lessons in schools
Texas is the latest state to take action on ‘Critical Race Theory’

Disclaimer
The opinions in this article are my own. I do not speak on behalf of Northern Kentucky University or Cincinnati Public Radio. If you have questions or want to discuss the theory in more detail or if teachers want to collaborate with me and integrate it into their classrooms please email me at childsd1@nku.edu.