With the US becoming more and more diverse, there is a push around the country to diversify school curricula and provide more inclusive classrooms. As such, educators are seeking resources to do this in a more meaningful way. Martin Luther King Day is a wonderful time to integrate multicultural themes into the classroom, making it more inclusive. With this in mind, PBS Learning Media has provided some incredible resources for teaching about Martin Luther King, Jr. and civil rights in general for grades K-12 classrooms. See the resources below from the PBS website. Each resource below also includes the write up provided by PBS Learning Media to give educators and the public an idea of what the link provides. 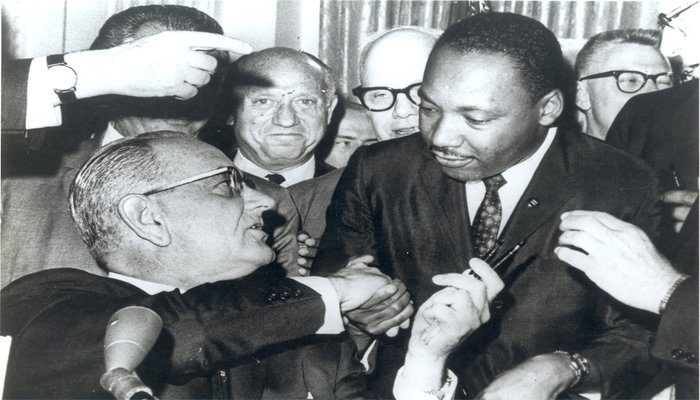 Dr. Martin Luther King at Gee’s Bend | Retro Report
“This eight-minute video illustrates the achievements of the civil rights movement, as well as the enduring challenges facing black Americans, by focusing on the small community of Gee’s Bend, Ala., a town that attracted the attention of Dr. Martin Luther King Jr. during the 1960s. The video helps students draw a line between the battles fought by King’s movement nearly five decades ago and the barriers to equality and opportunity that residents of Gee’s Bend face today. For lessons focused on the civil rights movement of the 1960s, the video serves as a bridge between the past and the present, and sets up a discussion about the unfinished agenda of King’s movement.”

Kids Can Be Changemakers | Meet the Helpers
“Your students are their own changemakers. This resource provides vocabulary, critical thinking questions, and discussion prompts to engage students through poetry. Discover workshops that center student voice and exploration with robust educator guides.”

Arthur Takes a Stand | ARTHUR
“Discover ways to protest an injustice and have your voice heard using this video from the PBS KIDS series ARTHUR. When Mrs. MacGrady opens the cafeteria for breakfast and takes on double the work without any help, Arthur tries different ways to solve the problem. He begs the principal to hire help and even encourages students to boycott! Finally, after a pep talk from Congressman John Lewis, Arthur stages a peaceful protest. His classmates join him, and they refuse to leave the cafeteria until they are heard. But will it make enough of an impact to hire an assistant for Mrs. MacGrady?”

Missing from Texts: Critical Changemakers
“As we reflect on this past year, it’s important to understand and acknowledge the sacrifices and compromises that we have made as a community. And even more so, to recognize and celebrate the selfless contributions of people to our world – even during COVID. Here are some changemakers from around the country who do amazing work and deserve to be celebrated for their contributions, the pathways they have set before and ahead of themselves, and the inspiration they provide to the countless activists who will continue doing work for our communities.”