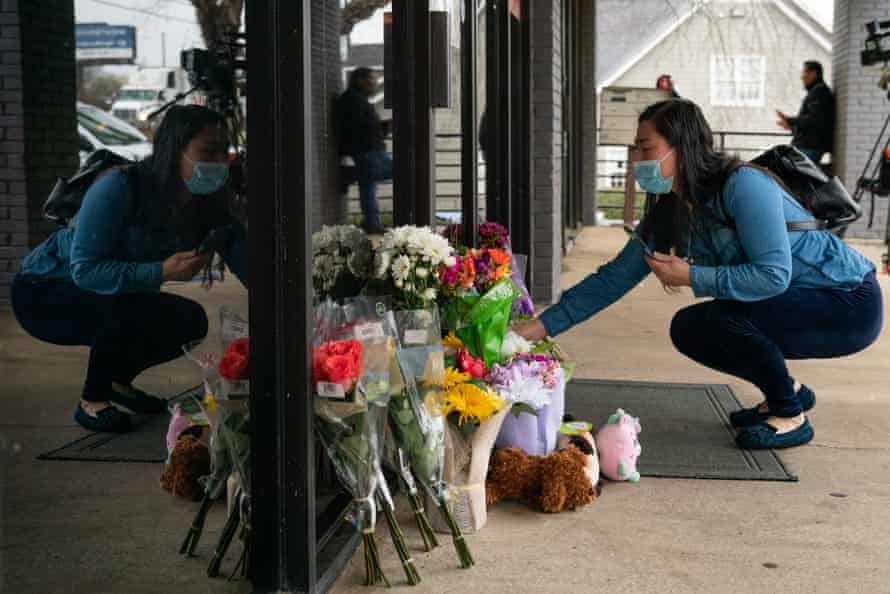 Lijing Zhao, owner of Jo Jos Massage, places a bouquet of flowers outside the spa where four people were shot and killed in Acworth, Georgia, on 17 March. Photograph: Elijah Nouvelage/Getty Images

“The women in Georgia were subject to a very specific kind of racialized gender-based violence on the fact that they are not only Asian, but they’re also women. And that’s seen really clearly by the perceptions around them and the conversations that are happening around them and the way that their killer talks about it, right? If they were not Asian women, they probably wouldn’t be viewed as sexual objects of desire, and they wouldn’t be automatically assumed to be sex workers. And then on top of that, these women, if they were immigrants, this comes into play. And then the way that they’re viewed as well. There’s a hatred for both sex workers and immigrants and being Asian and being women, and they all intersect, and it would be irresponsible to not talk about all of those parts.”
-NPR Article (2021)

It is my job as a historian to bring attention to histories nationally and internationally, even if said history is unpleasant. Indeed, historians should not privilege happy, feel good stories and patriotic nostalgia, in order to make people not feel bad. It is in that spirit that we want to add some historical context to the recent killings in Atlanta, Georgia specificaly perpetrated against the Asian American community. A good place to start is the NPR article entitled The Long History Of Sexual And Physical Violence Asian Women Face In The U.S.

Please also check out Talawanda High School student author Michelle Miao’s article here on our Democracy and Me site entitled Anti-Asian Violence: Facing the Ugly History of Our Beautiful Kingdom. Her article takes an in-depth look at violence against Asians in general.

Here are some other articles, resources and lesson plans that can get us up to speed on the history of violence against Asian American Women and the recent Atlanta Shootings. 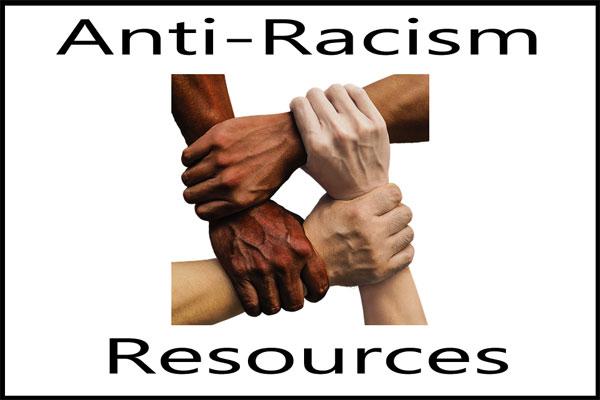