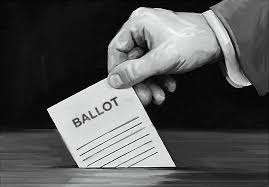 Where do the presidential candidates stand on the issues that affect real voters? NPR set out to answer that question with a cheat sheet outlining where each candidate stands on the issues voters care about most. The issues chosen to highlight came from the top 10 issues voters said were “very important” to their vote, according to a 2016 poll from the Pew Research Center.

The major candidates — Hillary Clinton, Donald Trump, Gary Johnson and Jill Stein — were chosen to be tracked because they are on the ballot in most states.

NPR will continue to update the candidates’ stances as they evolve. Is there a subcategory you’d like to see but don’t? E-mail NPR at nprpolitics@npr.org.

The Danger of Disinformation and Anti-Intellectualism in Today’s Society

Critical Race Theory and Education Talk at the Mercantile Library