Discussing Black Joy
Black joy is a phrase that Black scholars and historians have begun to use to highlight the wonderful accomplishments of African Americans throughout history. The hope is to highlight positive aspects of Black culture and history and move a way from the traditional view that the only noteworthy and oft discussed Black history has been rooted in suffering (Namely studying the history of American slavery and the Civil rights movement). An entry from dictionary.com perhaps states it best:

“The term Black joy is used by Black people to highlight acts, experiences, and expressions of joy in their lives and the lives of other Black people. It is …used by Black people when sharing positive, joyful moments and aspects of life… Use of the term Black joy is often intended as a way of making space for joy and positive experiences apart from and in opposition to the trauma, tragedy, and struggles perpetuated by the anti-Black racism and oppression of white supremacy—and the pervasive depictions of Black trauma and tragedy in media and discourse. Expressions and acts of Black joy are often encouraged as a way for Black people to fully be themselves and form a sense of community as a response to systems that devalue them and stifle their self-expression. In this way, engaging in and sharing experiences and expressions of Black joy are seen not as ways of ignoring oppression but as acts of resistance against it.”

This is not to say that we should not discuss Black enslavement for instance or the atrocities and crimes that have been perpetrated against African Americans throughout history. In fact, it is important we never forget the legacy of enslavement and Jim Crow that is undeniably a part of US history. Furthermore, when one does mention enslavement they can highlight ways that Blacks found joy during times of suffering. Examples of Black joy in history might include: African American spirituals, enslaved poets, authors and painters during the Harlem Renaissance, Black doctors during the antebellum period, the rise of historic Black churches and the legacy of Black film in the US. 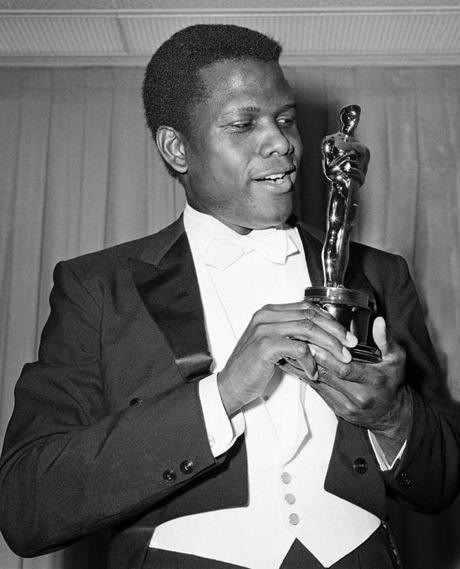 Historic African American Cinema as Black Joy
Black cinema can be loosely defined as films produced for, made by and about African Americans. Black films in the US have been historically made with a predominantly Black cast. In many cases, much of the staff on set (Including the production team and the director) were African American as well. Much of twentieth century Black films were marketed to African-American audiences. It is only recently that Black films have been aimed at a wider audience.

Racism and Black Representation in Early Film
Through much of the early to mid twentieth century, racism was very much a part of Black cinema; productions have been challenged by issues of representation, ugly stereotypes and racial tropes.
Black Stereotypes in Mainstream Film
In mainstream films Black actors have been relegated to menial and degrading roles such as women being casted as maids or nannies, and men playing the role of natives or servants. They were often casted as the magical negro –an update on the “noble savage” stereotype. The magical negro trope is “a supporting stock character who comes to the aid of white protagonists in a film. Magical negro characters, who often possess special insight or mystical powers, have long been a tradition in American fiction.” The roles that African Americans typically played in these early films were known as two bit parts. This is defined as “a role in which there is direct interaction with the principal actors and no more than five lines of dialogue.”

Race Films and Blaxploitation
From the early days, Black filmmakers, producers, critics and others have resisted the stereotypical representation prevalent in Black cinema. A good example were the “race films” produced from 1915 to the 1950s. Race films promoted the idea of black “racial uplift” and offered a counter narrative to the racial stereotypes and racist ideology that was perpetuated through many mainstream films. By the 1960’s Blaxploitation films shifted Black cinema from the race film genre that casted Blacks in a respectable and positive light. Instead Blaxploitation films played upon common racial tropes and caricatures of American Africans. Even though  Blaxploitation films included stereotypical characters, they were celebrated and championed by those in the Black community because they portrayed African Americans as the heroes. Furthermore, the films featured storylines that were familiar to Black audiences. 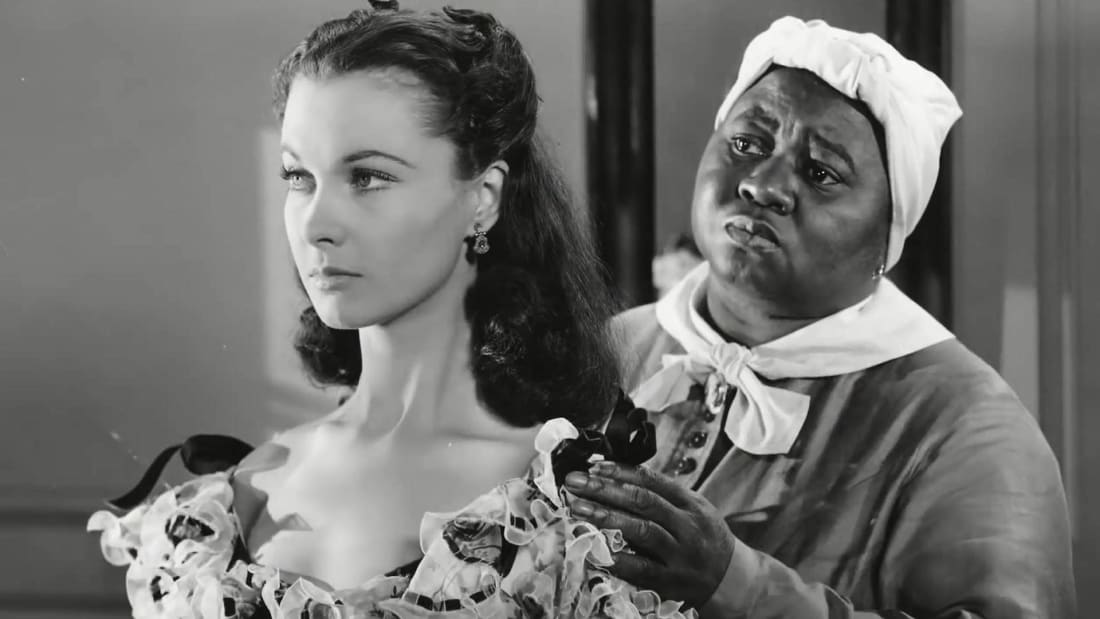 Vivien Leigh and Hattie McDaniel in Gone With the Wind (1939). MGM STUDIOS

Resources and Black Film Repository
Below we have included a number of resources for exploration of this topic. We have included links to early Black films that have been digitized to add another dimension to the conversation. We have also included resources for teachers to bring this discussion into their social studies, language arts and even science classrooms.

Early Twentieth Century Black Films
The Black Sherlock Holmes (1918)
“When you look past the swirls of the film’s nitrate decomposition, a detective and his sidekick emerge to do all they can to save a young woman from danger. This film was produced by the short-run Ebony Film Company. They also made A Reckless Rover, Two Knights of Vaudeville, and Mercy, the Mummy Mumbled.”

A Reckless Rover (1918)
After a bumbling cop chases a Black man from his apartment, he finds refuge in a neighborhood Chinese laundry.

Mercy, the Mummy Mumbled (1918)
This early horror comedy tells the story of a young man’s scheme to sell a fake mummy to a professor in hopes of earning enough money to marry the girl of his dreams.

Within Our Gates (1920)
“The earliest surviving Black feature is a complex, dark, and moving film about a schoolteacher navigating racial politics and Black and white communities as her school is on the brink of bankruptcy.”

St. Louis Blues (1929)
“Legendary blues singer Bessie Smith finds all the reasons to sing the blues after she catches her lover messing around with another woman. The Fletcher Henderson Orchestra joins her to tell the story.”

Harlem is Heaven (1932)
“Starring Bill “Bojangles” Robinson as the leader of a Harlem theater troupe, this story is interwoven with his real-life experiences.”

The Bronze Buckaroo (1939)
“Herb Jeffries stars as singing cowboy Bob Blake, a smooth, brave, and honorable hero who is assisted by his comic sidekick Dusty, played by Lucius Brooks.”

The Blood of Jesus (1941)
In this landmark film by the legendary director, an atheist accidentally shoots his religious wife. As she lies dying, her soul goes on a symbolic journey between heaven and hell.

The Lucky Ghost (1942)
“Two swindlers hit the jackpot when they win the belongings of two men. When one of the betrayed men starts to haunt them, will the swindlers change their ways?”

The Negro Soldier (1944)
“Created by the United States Department of War, this ‘documentary’ capturing the day-to-day life of Negro soldiers is told through the narrow lens of accessibility to produce a tidy propaganda film to convince Black American men to join the war effort.”

Black Orpheus (1959)
“This retelling of the ancient Greek myth of Orpheus and Eurydice is set throughout the favelas of Rio during Carnaval. With lush cinematography and a soundtrack made for love, this film holds you in its gaze.”

A Patch of Blue (1964)
“A Patch of Blue” takes race-blind cinema to a literal level, with Sidney Poitier playing a sympathetic stranger to a blind White girl’s plight. The film takes what could’ve been a surface-level farce and delivers soft sentimentality that makes it more than watchable. Poitier also gives the film heart with one of his best performances. With Ivan Dixon.”

Black Girl (1966)
“Sembène transforms a deceptively simple plot—about a Senegalese woman who moves to France to become the domestic help for a wealthy white family—into a layered critique of the colonialist mindset of a supposedly postcolonial world. “Black Girl” sharpens a question Black people are often pondering: How long must we manage the slow simmer of everyday oppression and anger we have to deal with? The film is effective at drawing its conclusion quickly as the film is just under an hour.”

Sweet Love, Bitter (1967)
“Often drifting into fantasy, this loosely-based-on-the-life-of-Charlie-Parker film is a jazz-inflicted portrait of New York’s music scene and its players.  With Dick Gregory and Robert Hooks.”

Soul to Soul (1971)
“This remarkable document of the early 70s soul era chronicles the emotions of Black American performers in Ghana celebrating the country’s 14th anniversary of independence with a sold-out concert. Infused with extraordinary performances by Tina Turner, Roberta Flack, the Staple Sisters, and countless others, this documentary makes for essential viewing for Soul music fans.”

Blacula (1972)
“Blacula” centers an African prince who is cursed to a lifetime sentence of vampirism after critiquing Dracula’s white power structures.”

Blackenstein (1973)
“After suffering injuries from the Vietnam War, veteran Eddie seeks out new limbs from a gifted white surgeon, Dr. Stein. The surgery leads to monstrous results that situates Eddie for a seemingly unstoppable rampage.”

Sugar Hill (1974)
“After the mob kills her boyfriend, Diana (Marki Bey) takes revenge into her own hands by enlisting a voodoo high priestess’s curse to raise an army of the dead.”

Dolemite (1975)
“An infectious whirl of one-liners, dynamite action, and gleeful filmmaking combine to make a delicious helping of Blaxploitation heaven. Dolemite (and his all-girl army of Kung-Fu Killers) bring bone-crushing justice after crooks set him up. Rudy Ray Moore produced, stars in, and developed the story for this one-of-a-kind film.”

A Hero Ain’t Nothin’ But a Sandwich (1977)
“A slice of life film about a teenager’s struggle with heroin and the support his family offers to help him through. Starring Cicely Tyson, Paul Winfield, and Larry B. Scott. With Helen Martin and Glynn Turman.”

Inside Women Inside (1978)
“The film exposes the daily degradation faced by women in prison through a series of interviews. Highlighting North Carolina Correctional Center for Women and the Correctional Institute for Women on Rikers Island, New York, “Women Inside Women” gives voice to the women as they discuss their daily suffering within a system that disregards their humanity and neglects their basic needs.”

Disco Godfather (1979)
“Starring the one and only Rudy Ray Moore, this cult favorite finds him playing an ex-cop turned celebrity DJ who is called back into the field to stop an hallucinogenic drug from being widely distributed. Put your weight on it!”

Discussion Questions:
1. The films listed in our repository are freely accessible for public consumption. They have been this way for some time. Why do you think many of these films are not known to the public or popular?
2. What are the benefits of exposing students to lessons that highlight historic Black film?
3. Discuss ways you might effectively use some of these resources in your classroom.